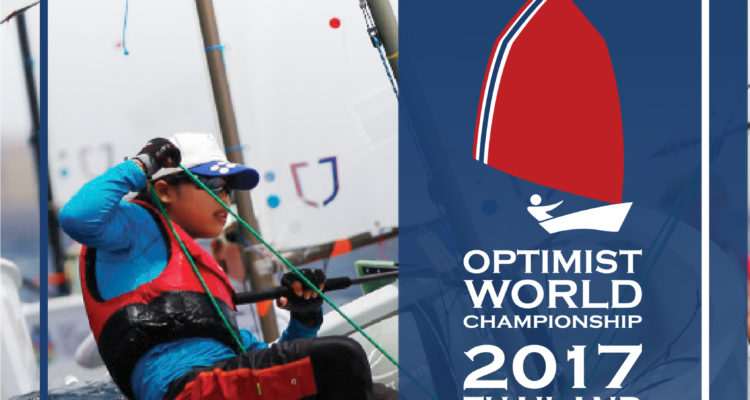 Whitcraft said that it is exciting to see the young sailors from Thailand competing with the best sailors
that the world has to offer. The participants from Thai include Intira Parnpiboon, SaranwongPoonpat, Panwa Boonnak, Jed taveeYongyuennarn and Paliga Poonpat.

The racing field for the championship is located between Koh Larn and mainland near the Yacht Club in
the Gulf of Thailand. Usually, the dinghy sailors of Optimist start at the age of 7-8 years. Most of the sailors participated in the sailing events in Rio Olympics have experience in Optimist dinghies when they were at a young age.

The test event for the Optimist World Championship was held in April this year. In the test event, Duncan
Gregor of Hong Kong took first place in the individual event in the Songkran International Regatta. Muhammad Daniel Kei, representing Singapore and Muhammad Khaidir Bin Mohd Zahawi from Malaysia took the second and third place respectively.

Sailing enthusiasts are looking forward to a great week of sailing in July at Thailand.